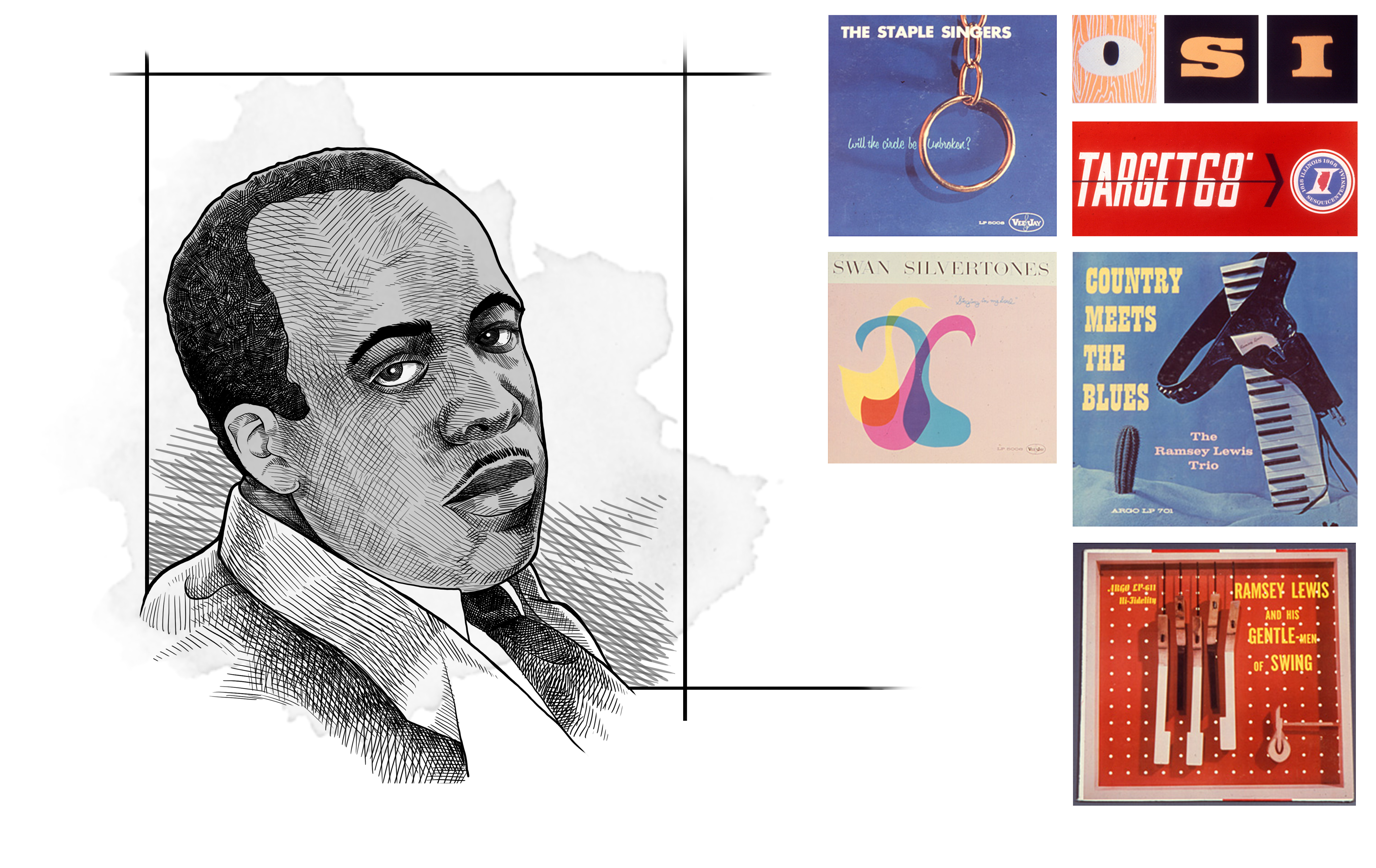 The modern design industry owes the late Leroy Winbush a debt of gratitude for shattering racial barriers in the design community. Winbush was just a teenager and fresh high school graduate in 1936 when he became a graphic designer in Chicago, one of very few working black designers at that time. He began his career designing signs for storefronts, eventually landing a steady client in the Regal Theatre. He designed signage, murals, and flyers for Regal, which introduced him into the world of music and allowed him to network with some of the must successful musicians passing through Chicago at the time. He would go on to design album covers for groups signed to Mercury Records.

After achieving great success in department store signage, Winbush founded his own studio, Winbush Associates, in 1945. Here, he split his time between being the art director for the Consolidated Manufacturing Company and the art director for Johnson Publishing, where he designed layouts for renowned magazines like Jet and Ebony. Later, he became an important pioneer in exhibit design, and quickly built a long roster of clients (primarily banks) for whom he designed elaborate window displays. This led to his involvement with the 1964 New York World’s Fair, and the Abraham Lincoln animatronic that he developed for the exhibition served as the early prototype for Disney World’s Hall of Presidents display. This wouldn’t be his only credit with The Walt Disney Company – in 1985, at almost 70 years old, Winbush was part of the underwater crew that built the coral reef for the Living Seas exhibition at Epcot Center.

Besides breaking new ground as a black designer in the 20th century, Winbush used his design skills to contribute to the African-American community in other ways, as well. For instance, Winbush established a long-term sickle-cell anemia exhibit at the Museum of Science and Industry, and later became an exhibition consultant for the DuSable Museum of African-American History.

Winbush had an impressive resume of leadership titles. Without any formal design education, he became an assistant professor in visual communication at the prestigious School of the Art Institute of Chicago. He also became the first black member of the Art Directors Club of Chicago and, five years later, he rose to become the president of the organization.

Leroy Winbush passed away on Friday, May 4th, 2007 at the age of 91. His career influenced a generation of black designers, and his legacy continues to inspire professionals across the industry.