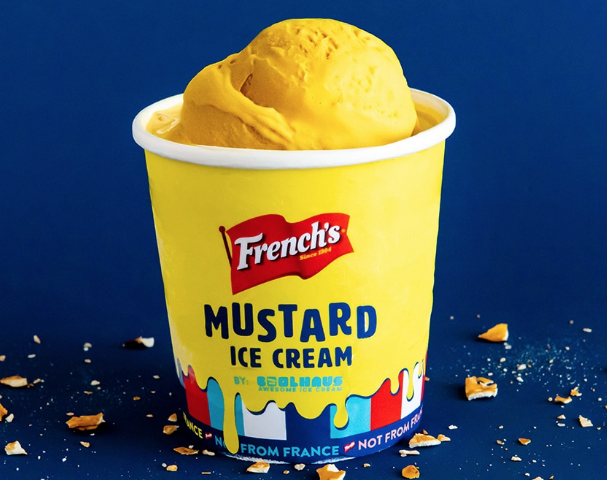 If you frequent food news outlets, you’ve almost definitely heard about French’s foray into mustard-flavored ice cream. In a partnership with über-trendy ice cream brand Coolhaus, the company released it in a limited capacity in celebration of National Mustard Day. The stunt immediately earned French’s coverage in major national outlets such as CNN and USA Today, possibly following that old (sometimes questionable) rule of branding that “no press is bad press”.

In fact, much like how the city of Philadelphia embraced the mascot Gritty after he was initially presented as a national laughingstock, several defenders have stepped up to say that hey, guys, the mustard ice cream is actually pretty good.

At the very least, it’s certainly got people interested and talking about the brand. More importantly, it opens up conversations about alternative uses for the product, which might come at a welcome time as the summer season of hotdogs and hamburgers begins to wind down.

French’s mustard ice cream is only the latest in a long line of “weird” limited-edition product releases. Lays has even made it something of a tradition with their annual Do Us a Flavor campaign, as they tend to include at least one really out-there option with each round of releases. Cappuccino, Fried Green Tomatoes, and Brazillian Picanha have all been featured potato chip flavors. The weirder and less available it is, the more people seem to want to sample something that they know they probably won’t really like.

Oreo has gotten similarly experimental with limited-edition releases. Surely, nobody expected that Limemade, Watermelon, or Waffles and Syrup would become lasting fan-favorites, but the novelty factor was just right that Oreo felt like they were dependable gambles. 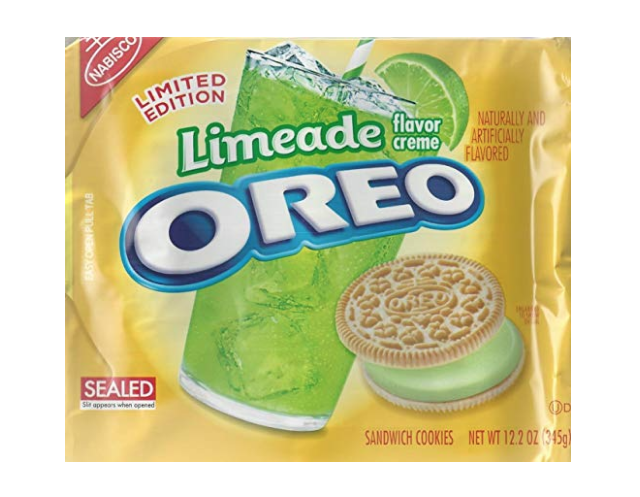 Only brands that are aimed at children seem to be able to develop gross-out novelty flavors that aren’t part of a limited run. For example, Jelly Belly’s Bertie Bott’s Every Flavour Beans (a long-running tie-in with the Harry Potter series) has been around for years, including flavors such as Booger, Earthworm, and Rotten Egg in addition to the more traditional Cherry, Apple, and Tutti-Fruitti. In this case, there is also a gamification element that adds additional novelty – each gross flavor looks exactly like one of the traditional flavors, so consumers don’t know what they’ve got until they’re chewing it. As you can imagine, this kind of gimmick would be difficult to satisfactorily replicate for adults. Although, such gamified consumption could potentially work well in the alcohol industry.

When considering a venture into products or campaigns that could be considered “gross,” brands have to ask themselves several questions:

-Does this make sense with who we are – ie., are we “fun,” or would this muddy our brand image?

-Is it strange enough that the average consumer might be interested in trying it for the novelty, or is it niche enough that there is a targeted segment that is very likely to purchase?

-How would this fit in with our other new product rollouts, particularly limited-edition runs?

There is always risk involved in releasing products that are unlikely to be liked, and brands should make sure that they really know their consumers and the market before making such a bold move. However, when successful, there can be big rewards in the payoff.