Not so long ago, investing in emergency supplies like dried food and water packets (which have a longer shelf life than bottles) could earn a shopper some strange looks from friends and family. In recent years, however, the public has become much more aware of dangers like environmental disasters and health pandemics that can leave shoppers stranded at home. With so many more consumers conscious of potential threats to their safety, emergency prep kits are actually becoming mainstream. 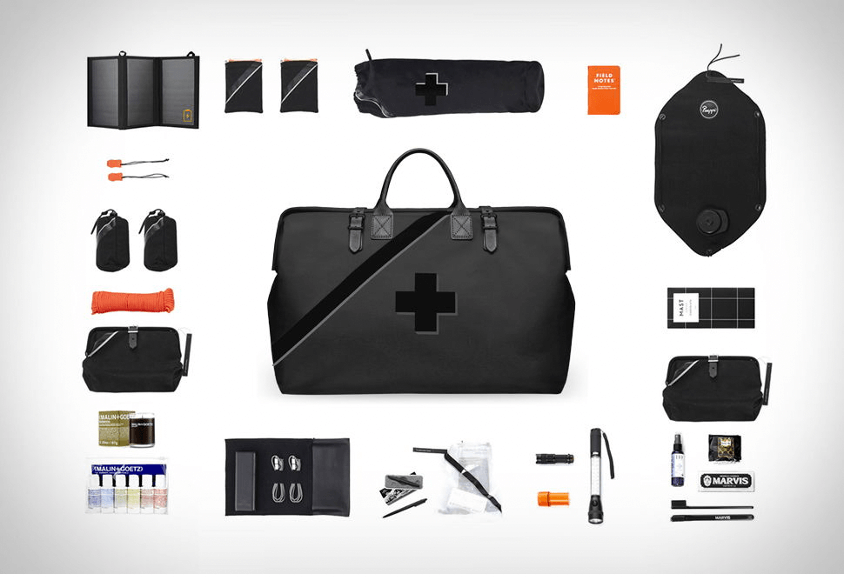 Design plays a very important role for these types of products. By making survival kits look attractive and modern, designers can help consumers feel more comfortable about planning for very uncomfortable circumstances. Shoppers who still feel wary about the stigma attached to these kinds of products may also be more inclined to purchase kits that are luxe and sophisticated, as these leading brands are far from the image of the “tinfoil hat” doomsday prepper that consumers may have seen in pop culture. For example, high-end kits like the one above from Preppi include very practical items such as flashlights and toiletries, as well as creature comforts like premium candy bars from the craft chocolate brand Mast Brothers.

Emergency prep brand JUDY went so far as to release a limited-edition Tiger King themed kit earlier this year, and the company even enlisted a prominent member of the documentary (Joe Exotic’s ex-husband John Finlay) to record the voiceover for a commercial promoting it.

In the ad, Finlay explains the thinking behind the unexpected campaign. “At JUDY, we think emergency preparedness is so important, we’ll do whatever it takes to get you to pay attention to it — even this.” When JUDY unveiled the limited-edition kits, Tiger King was totally dominating the cultural conversation. The gimmick paid off, earning the brand national news attention in May. 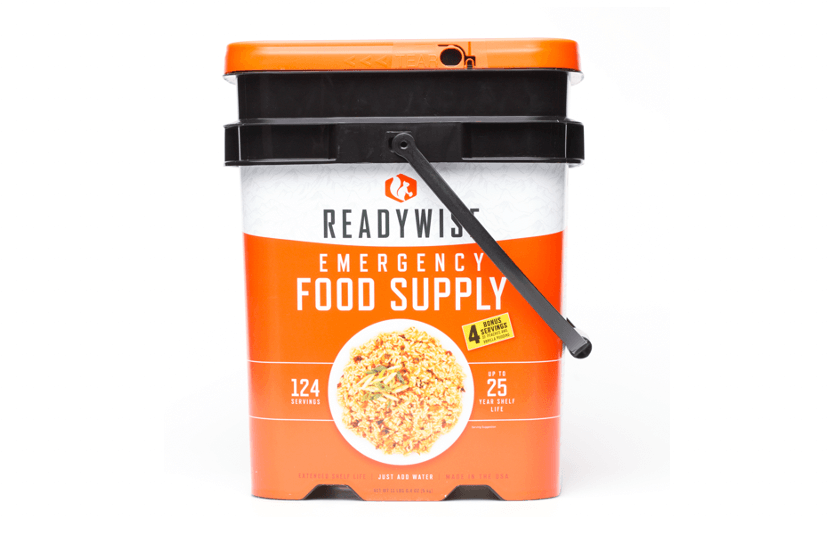 Even major retailers have gotten in on the trend. For example, this emergency food supply tub is one of the more affordable survival kits available at Costco, which caught attention in recent years for selling a $6,000 pallet of emergency food that could feed a family of four for twelve months. Walmart also carries a variety of survival products, ranging from a four gallon pail of breakfast rations (which includes dry goods that consumers are likely already very familiar with, such as pancake mix and oatmeal) to a bucket containing eighty-four servings of gluten free entrees (with less common dry items, including loaded baked potato casseroles and chicken pot pies).

Although it may be a disturbing trend, consumers are expressing new interest in keeping a stock of emergency prep supplies. Low inventories of key items at the beginning of the pandemic has taught many people that when things suddenly take a turn for the worst, it pays to have a pantry stocked with products that can help them get through anything.