Drew: The Man, The Myth, The Master Key Art Designer

From the “golden age” of Hollywood, advertising (and most importantly the movie poster) has always been part of the movie-going experience.  Billboards, newspaper ads and brightly lit theater displays all featured ornate illustrations that provided a glimpse into the stories they represented and acted as a doorway into the filmmaker’s world.

There is something so much more grand about these images which seem to have the ability to carry you away to a specific time and place.  Whether its the passion of Clark Gable and Vivien Leigh in Gone With the Wind or the adventures taking place in a “galaxy far far away” in Star Wars, these bright color illustrations represented movies in a way that photographs never could. 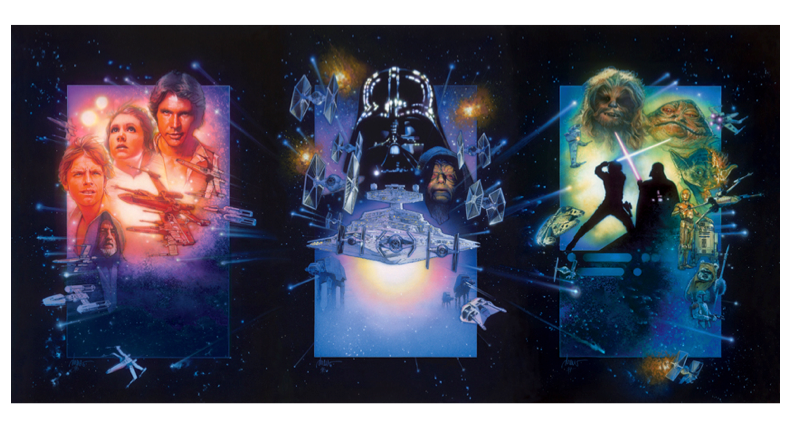 Then in the late 80’s something changed when Photoshop first hit the scene.  Although the effects were not felt immediately, Photoshop would go on to change the landscape of advertising, and would signal the death knell of this creative approach to motion picture advertising.  Before that happened however, one name emerged as the greatest of all movie poster artists: Drew Struzan. Not everyone knows him by name, but we guarantee that just about everyone has seen his work. 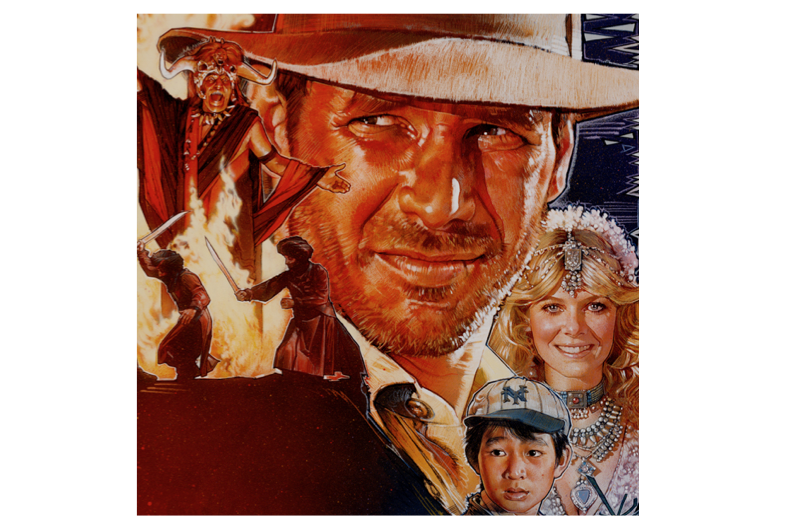 The 70’s and 80’s produced some of the most iconic movies in Hollywood history, and many of these movies were represented by the beautifully designed illustrations of Drew Struzan.  As an inspiring artist who was consumed with movies and pop culture, I was heavily influenced by Drew’s work.  Throughout my four years of art school in the early 90’s and before Photoshop would have its lasting effect, my goal was to follow in Drew’s footsteps as a movie poster illustrator.

Back in 2005, I had the pleasure of meeting Drew.  What an inspiring dream come true it was for me to sit with him for a while discussing his work, the state of the industry, and art in general. After a near 40 year professional career which began painting album cover art, Drew announced his retirement on September 3, 2008.  Although I understand and respect his decision, it’s hard to ignore what a great loss it is for the movie industry and how it truly marks the end of an era.

Just recently we were asked to design the DVD packaging for his official documentary “Drew: The Man Behind The Poster”, from Kino Lober Inc.  It was a tremendous honor for me after all of these years of admiration to have been asked to create the imagery for his documentary.  The film features an endless parade of the biggest names in Hollywood (George Lucas, Stephen Spielberg, Harrison Ford, etc), and they are all there to honor the man and his work.

The concept behind our design was to pay homage to arguably one of his earliest but most famous Star Wars posters – his 1978 re-release style D “circus” poster (created in partnership with artist Charles White III).  We hope he approves.  Thanks for the memories Drew! 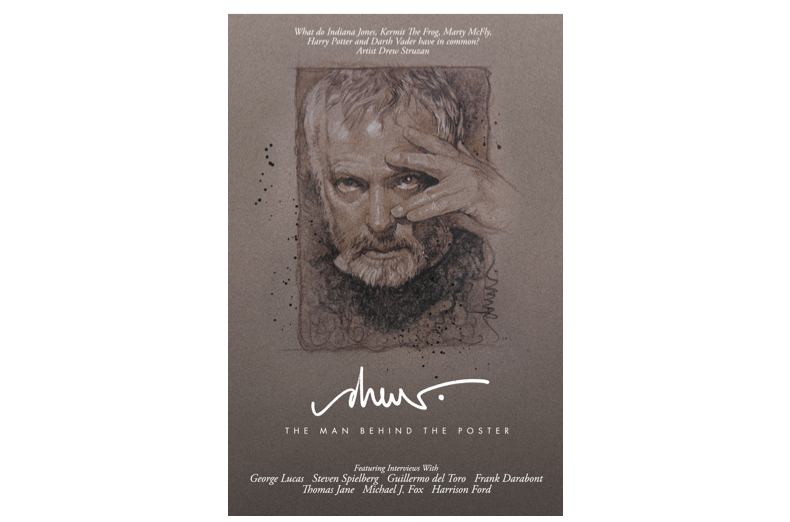 To view some of Drew’s amazing work please visit his web site www.drewstruzan.com or visit his official Facebook page. “Drew: The Man Behind the Poster” is now available on DVD from Amazon.com as well as other retailers.