There are many reasons why a brand may want to launch a celebratory anniversary campaign. This kind of project is a great tool for storytelling because it allows brands to educate consumers on the history and roots of a brand, which helps build a sense of trustworthiness and nostalgia. Other legacy brands may want to celebrate their own heritages as a way of honoring the employees throughout a company’s history that helped them get to where they are today. In any case, anniversary campaigns are an opportunity to use design to reflect where the brand has been, where it is today, and the new heights that it can reach in the future.

2019 marked the Campbell Soup Company’s 150th year, which was celebrated with an internal campaign known as “150 Strong.” 150 Strong demonstrated gratitude and pride for the energy, passion, and dedication shown by so many individuals over the years that contributed to Campbell’s enduring success.

This campaign also underscored the values that Campbell’s feels is necessary for driving the brand towards the future, such as hard work and creativity. With this mission in mind, the Campbell’s team approached Works Design Group to design the anniversary’s logo to be rolled out across posters, banners, balloons, decals, workplace posts, and digital monitors. Works Design Group delivered a look and feel that captured the long history of the brand with a nostalgic font that could be applied across all of these assets. 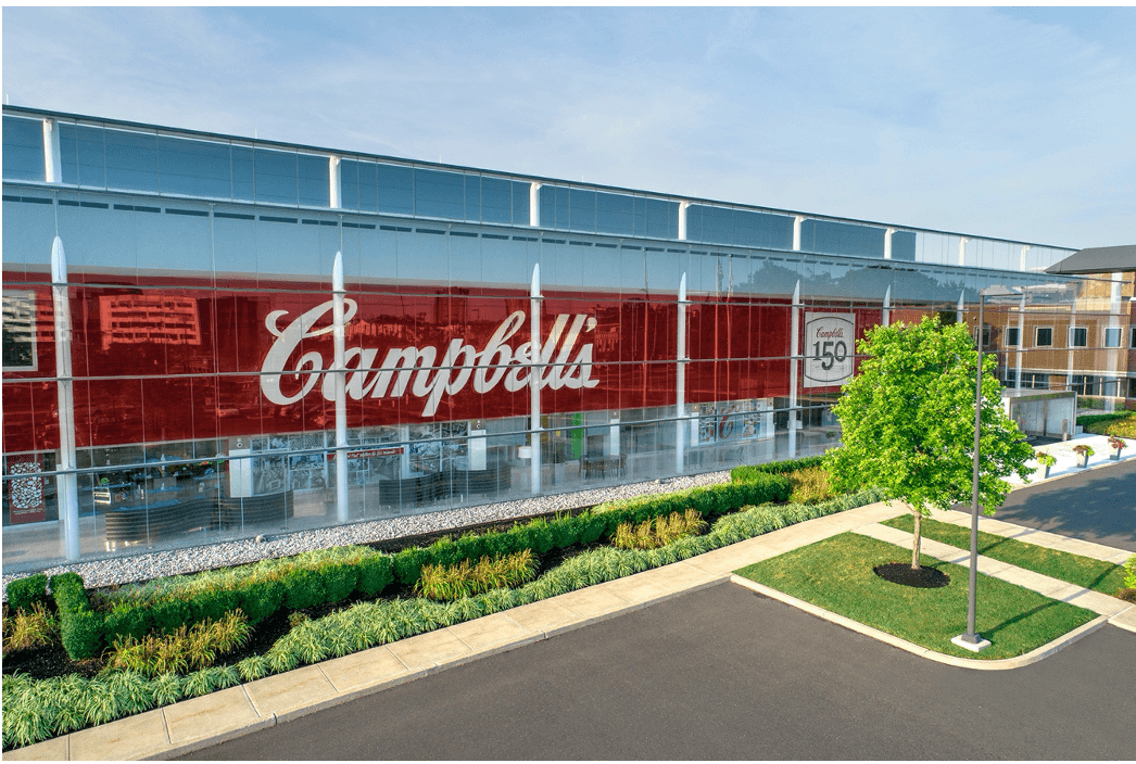 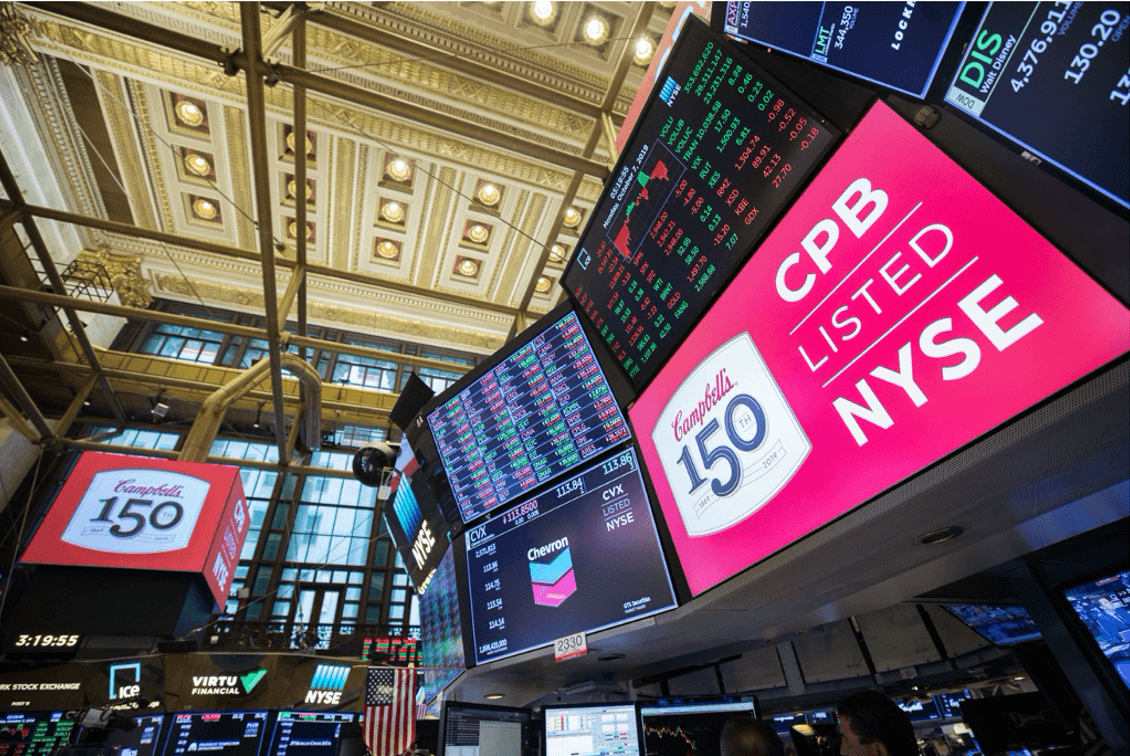 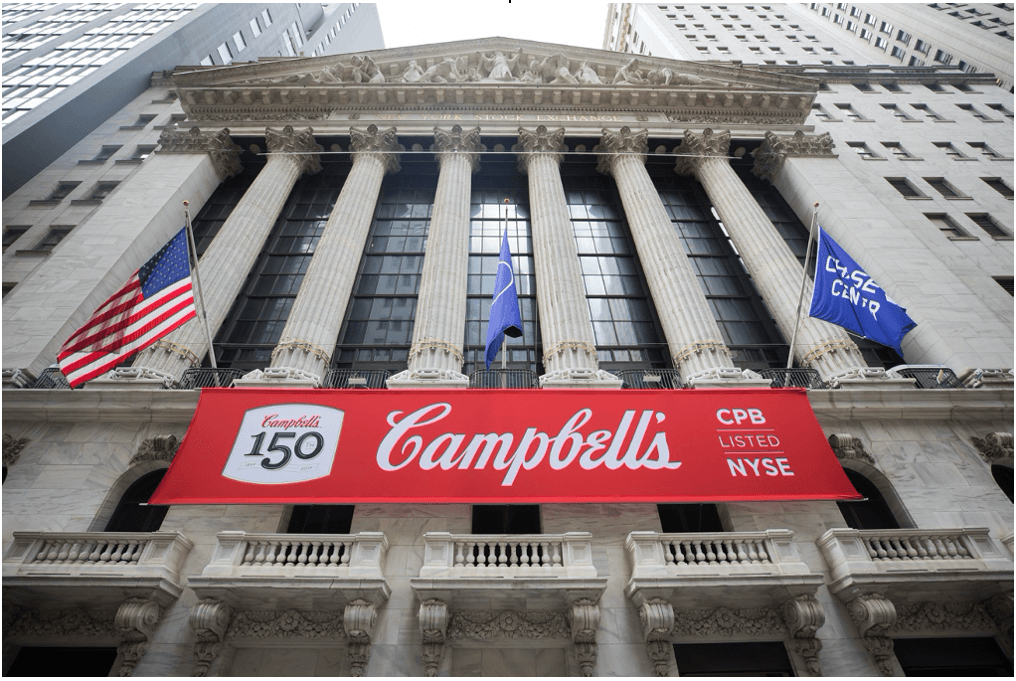 Celebrating Heritage with a Museum Full of History

Our work for the Glenn H. Curtiss Museum’s 60th anniversary was simple in scope, but the result was just what the client needed. We had recently redesigned their branding, and they wanted an anniversary logo that would fit with the new design that had just been rolled out. It also needed to work across a variety of applications, from door decals to t-shirts. Because of this, Works provided the client with a range of different color options that would give the team the most flexibility.

A Sweet Celebration of 25 Years

When Works Design Group had our own 25th anniversary, we marked the occasion with a special dual pack of honey that was sourced from farms near our offices on the Cooper River in Pennsauken, NJ and on Keuka Lake in Hammondsport, NY. Together, they demonstrated that no matter how the agency has grown and evolved over the years, we have never lost our sense of local flavor. 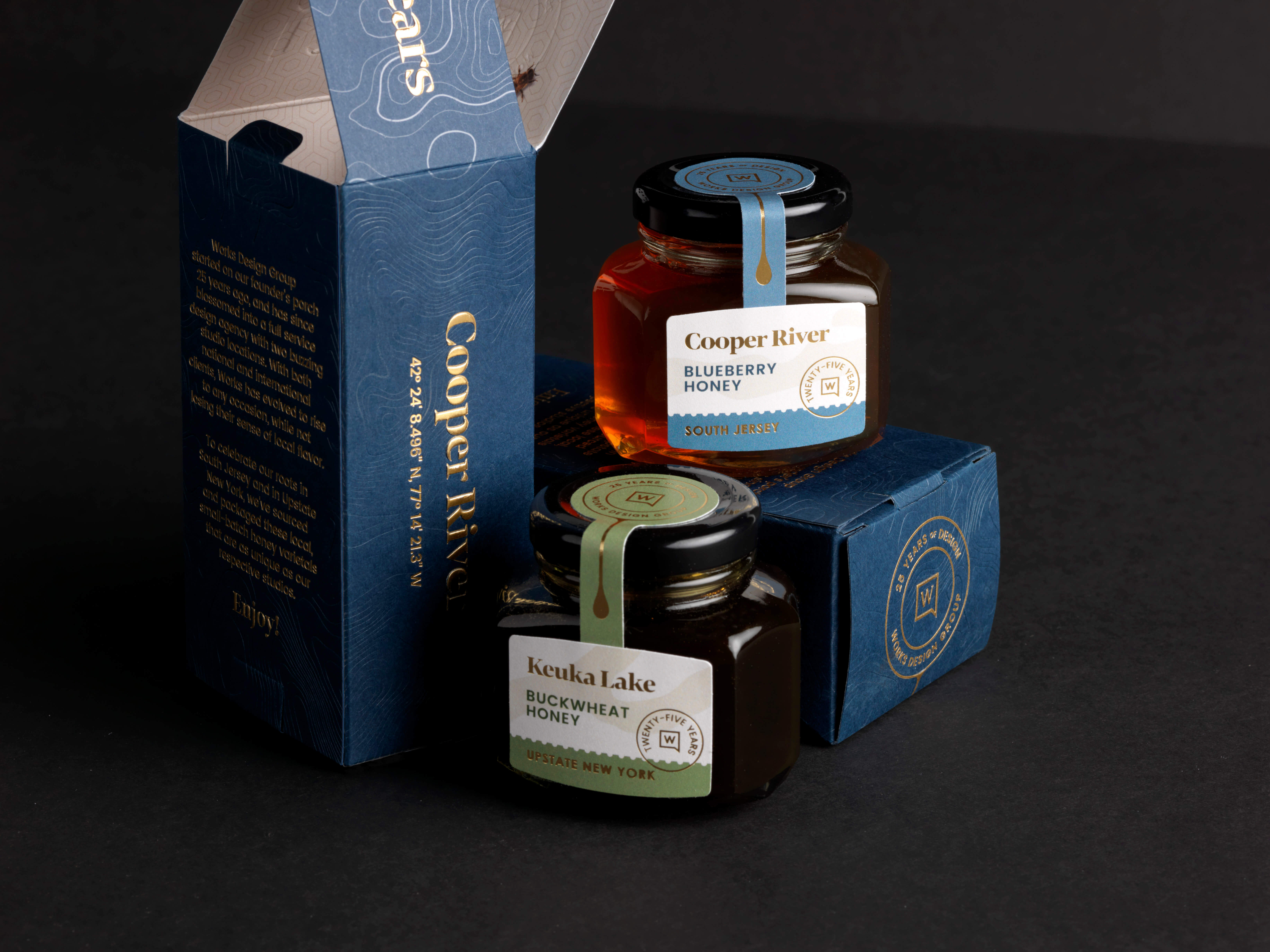 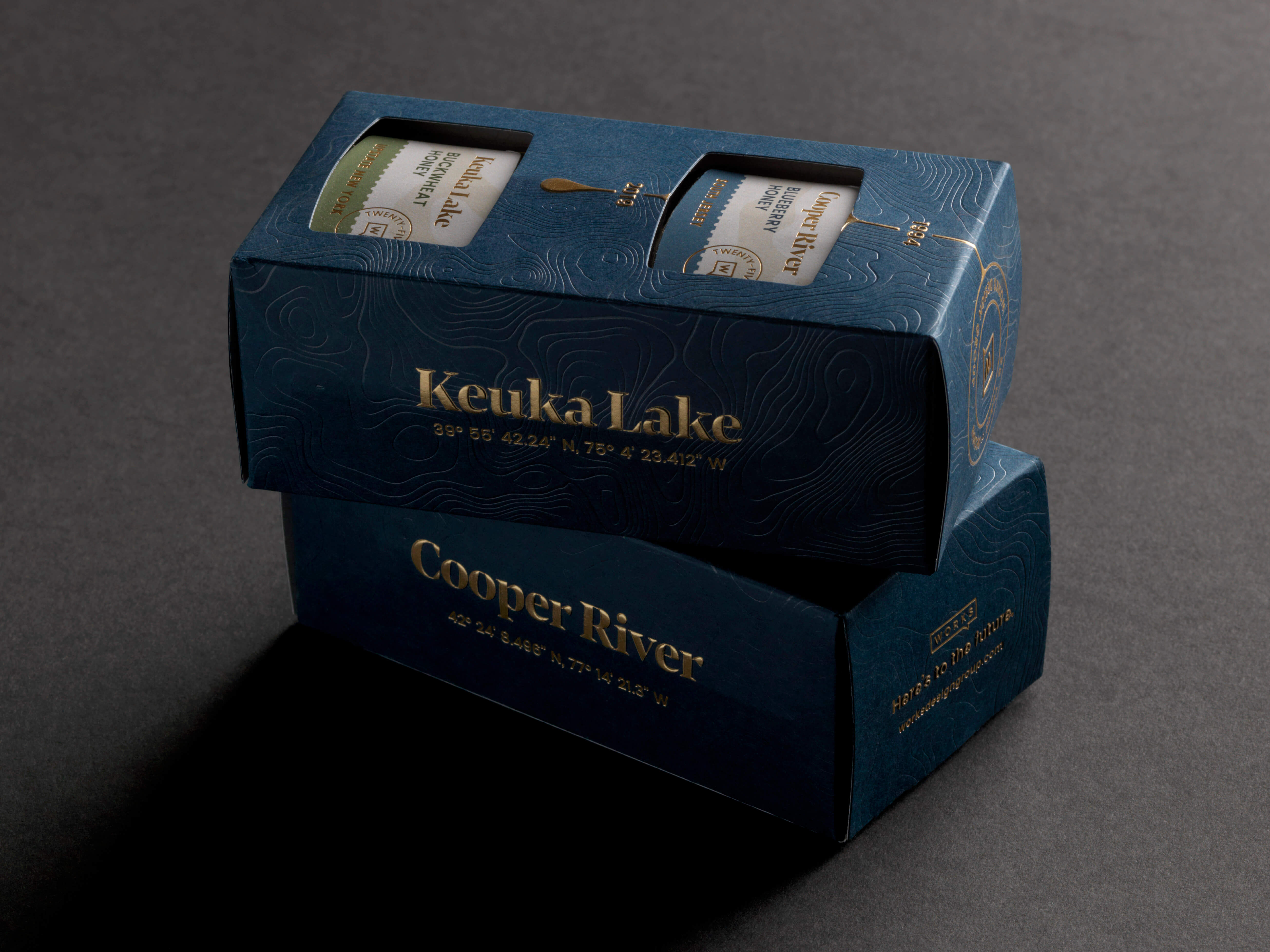 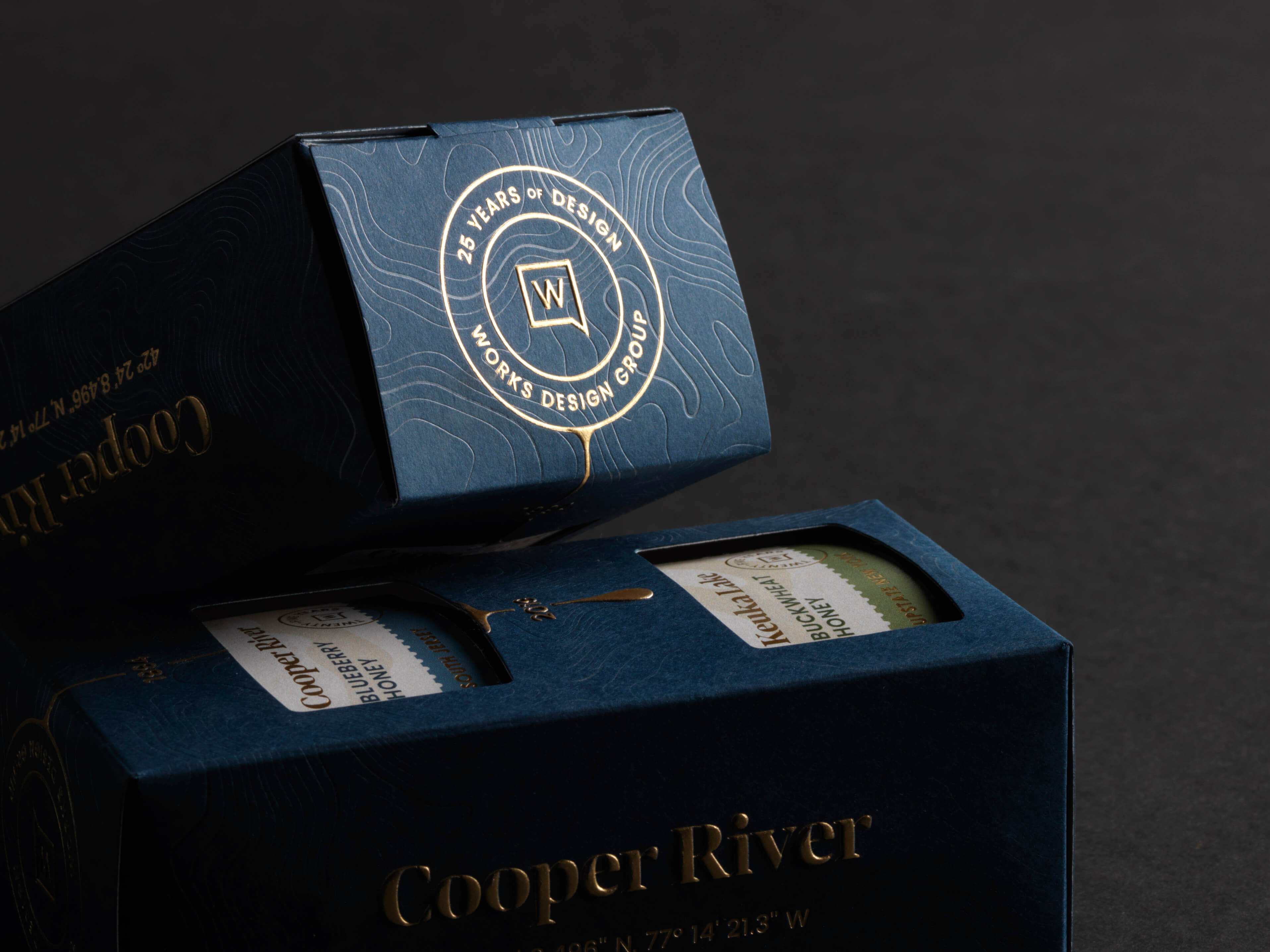 These jars also show off some of our favorite production techniques and strongest skills as a design team in using packaging to tell a compelling brand story. In this case, our story is based on our long history in New Jersey and New York. We’ve worked with many clients in telling their own brand stories over the years – sometimes it involves highlighting a brand’s location, as we did for our specially branded honey, but it can also involve showcasing the brand’s founders, original recipes, or even revisiting decades-old packaging. Every brand has a story to tell, and anniversary campaigns are the perfect occasion to flesh out these stories with beautiful design.

Great Western Champagne is History in a Bottle 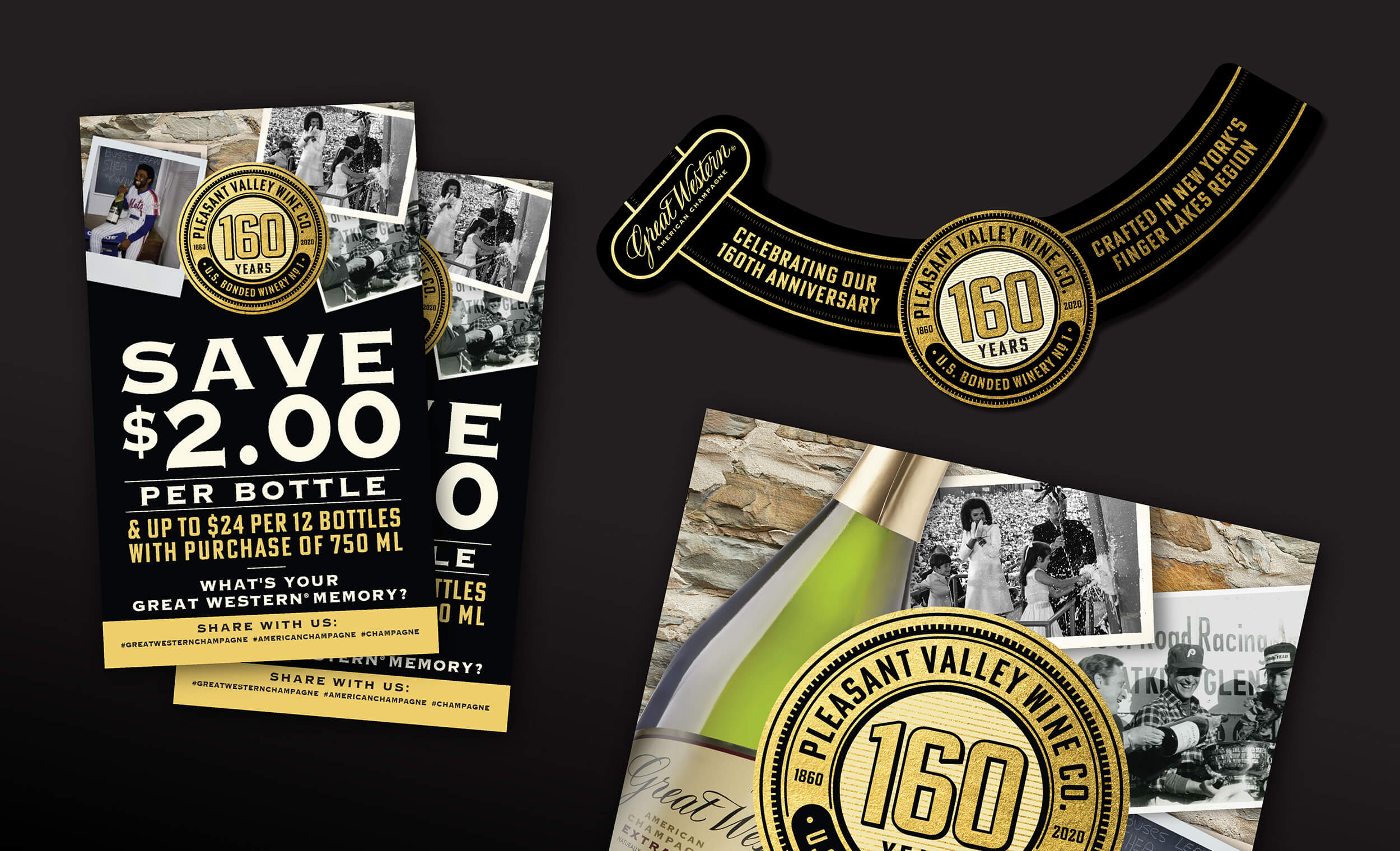 2020 marked the 160th anniversary of Pleasant Valley Wine Company, one of the oldest wine producers in the United States. Having worked with this client before to update their rosé packaging to bring it into the future, they felt that we would be the perfect design partner to showcase their past. While this project initially began as a simple bottleneck label and commemorative emblem, it quickly developed into a much more comprehensive anniversary campaign.

The elegant black and gold color scheme that Works chose for the label was spun out to store materials, including rebate cards that featured exciting historical events from throughout the brand’s history. The agency also worked with the client to drive awareness of the anniversary with a series of striking billboards in Buffalo, New York, just a few hours from the winery. 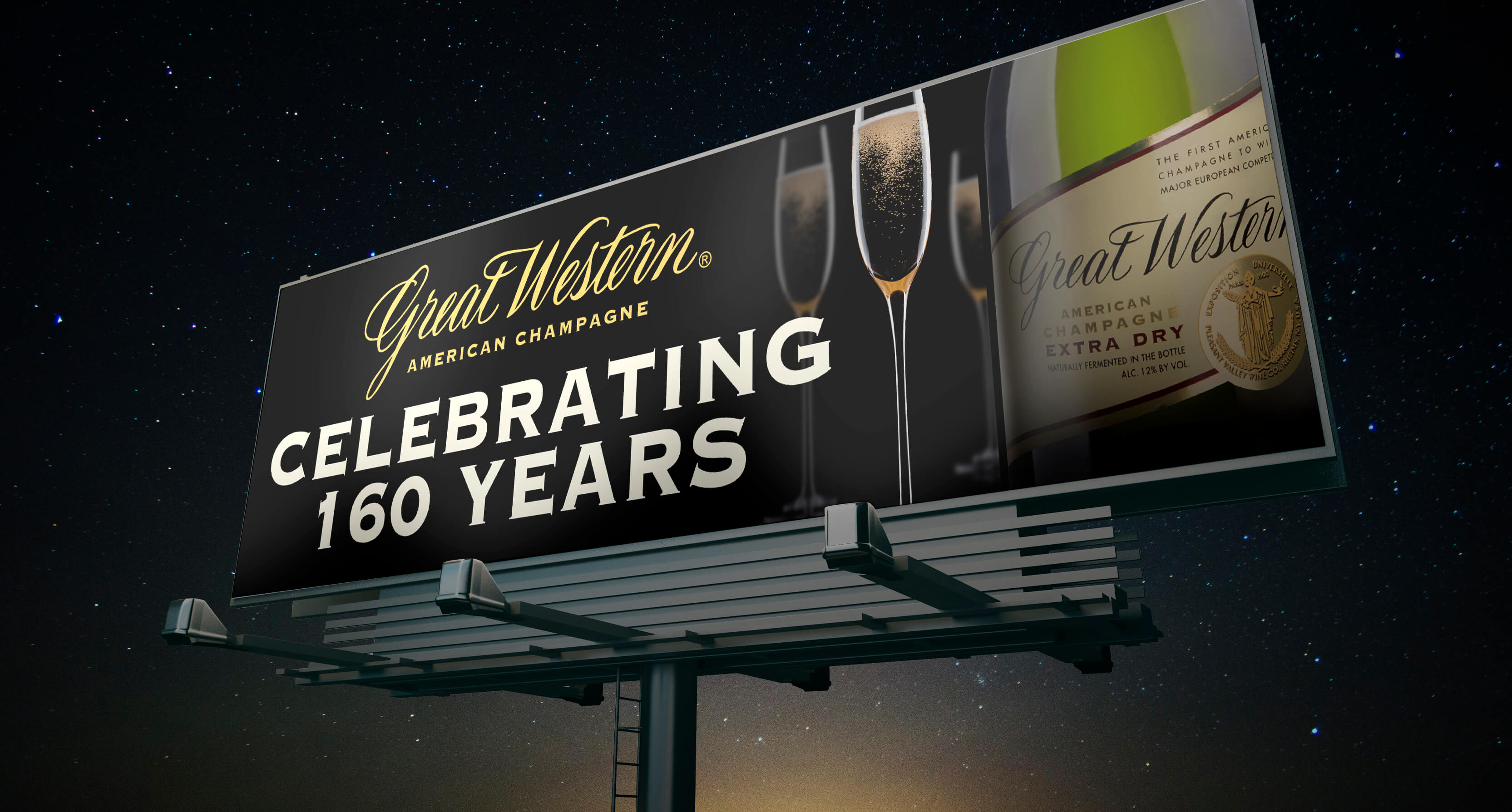 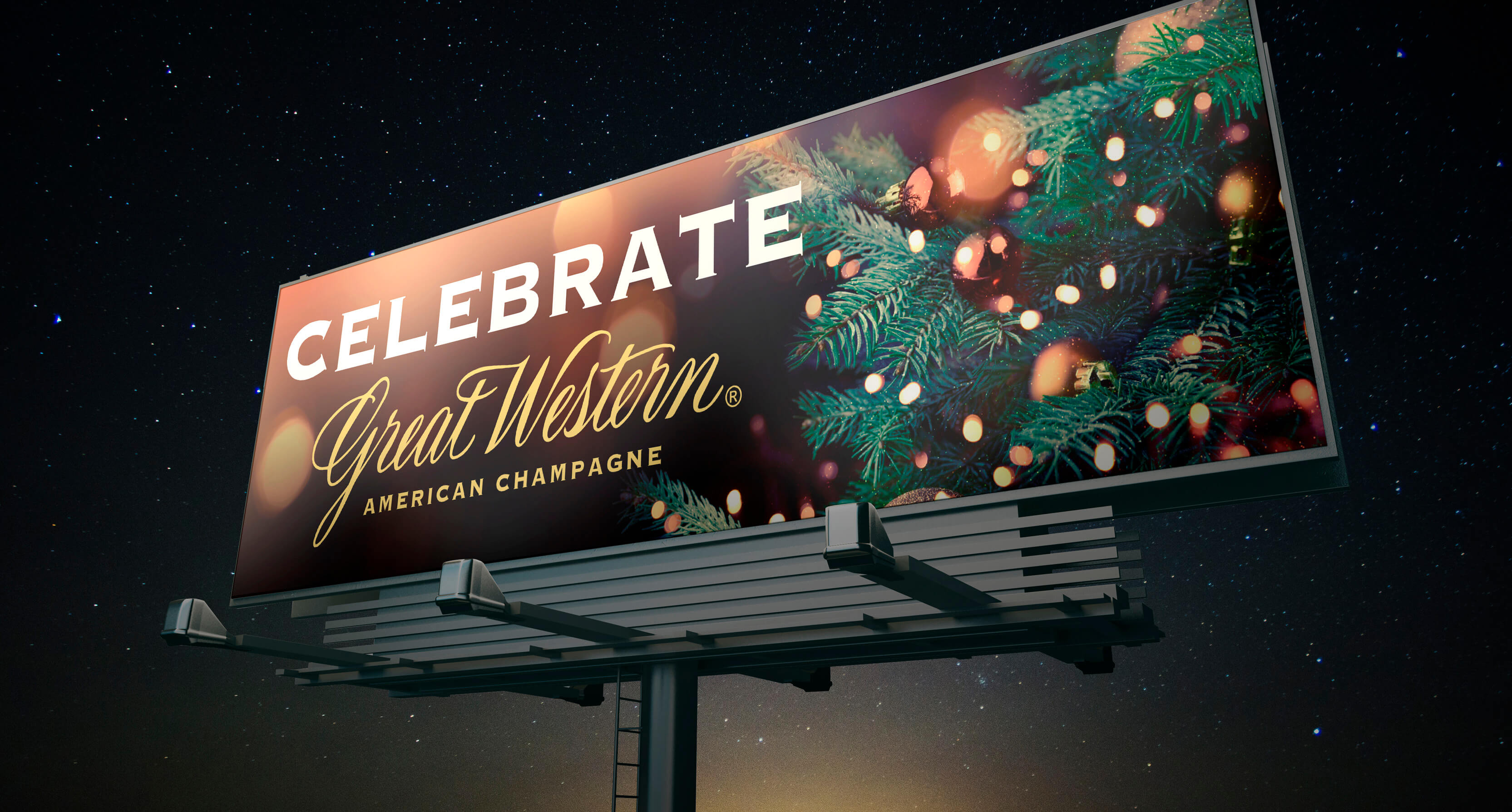 We then planned, created, and executed a social media campaign to expand the brand’s consumer reach even further. While we continued to highlight key events from the company’s history (such as Great Western Champagne’s presence at the Mets’ 1986 World Series win and at the christening of the USS John F. Kennedy), we knew that we could drive even more engagement with consumers if we prompted them to share their own memories. We also promoted recipes using the champagne, as well as other strategic posts that sparked user interaction and social sharing. 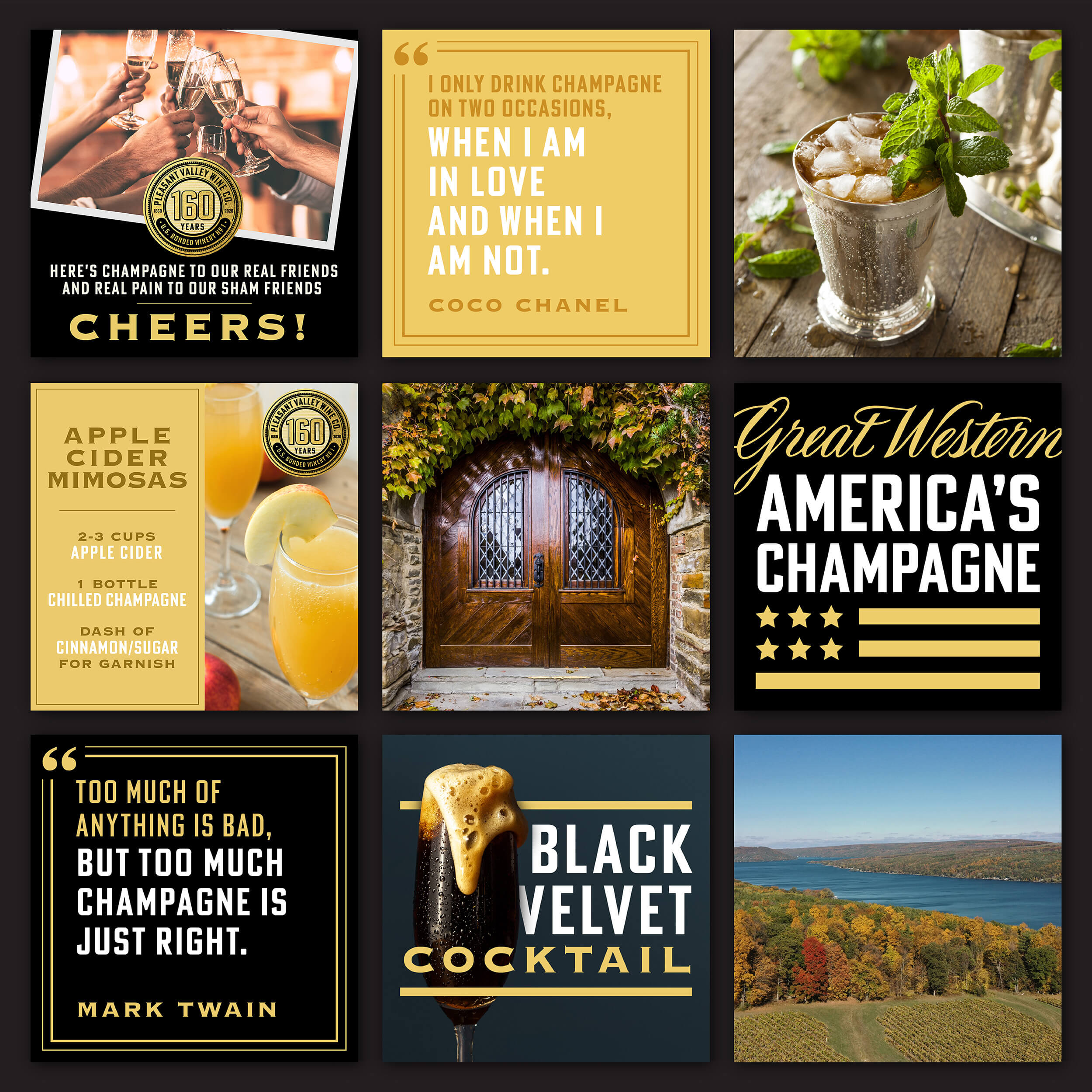 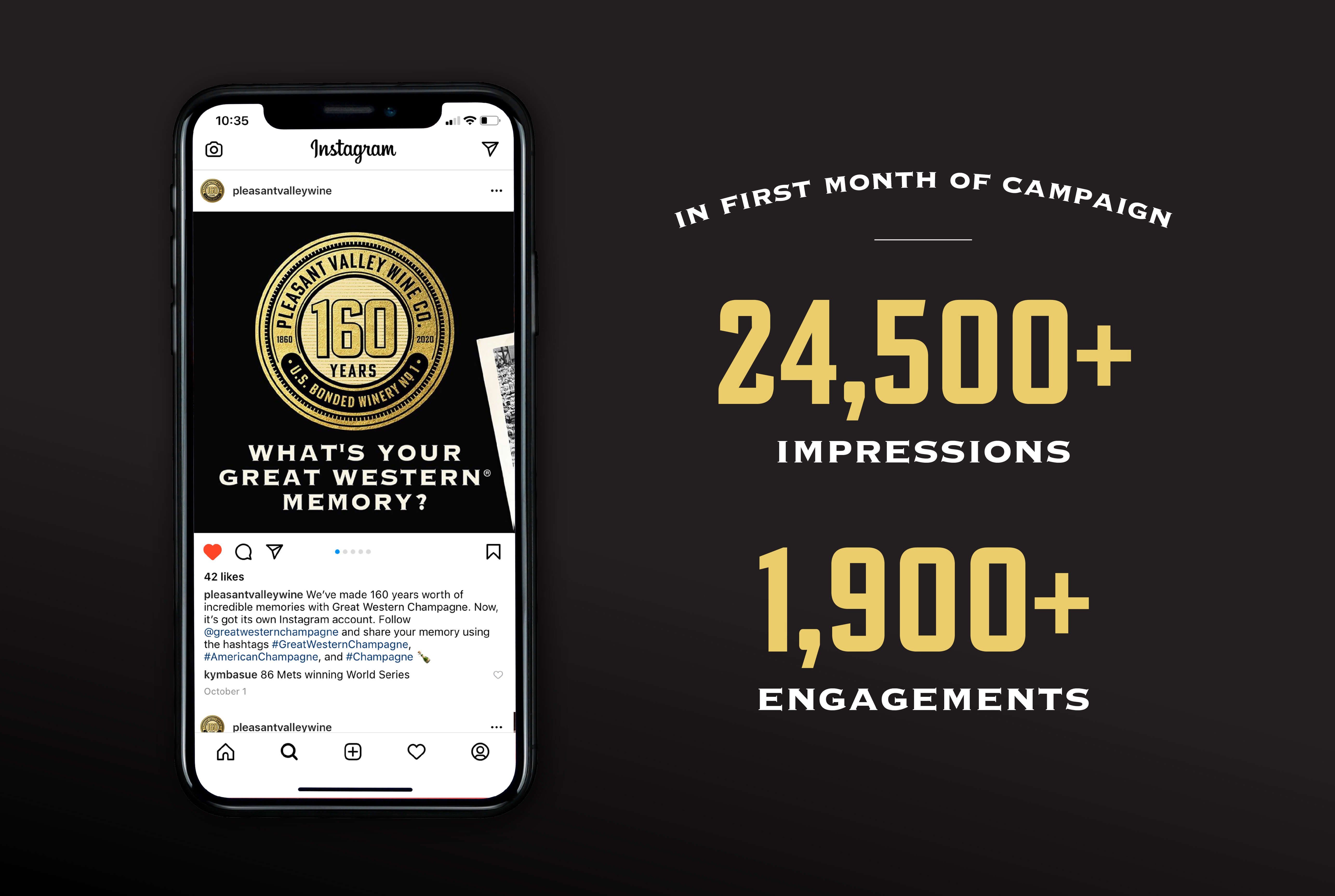 It’s worthwhile for brands to celebrate their anniversaries and historic milestones with their consumers. Anniversary campaigns provide really useful tools for brand storytelling, they drive consumer engagement, and they let employees know that their hard work is appreciated. Not to mention, these campaigns are great opportunities to showcase beautiful design work!