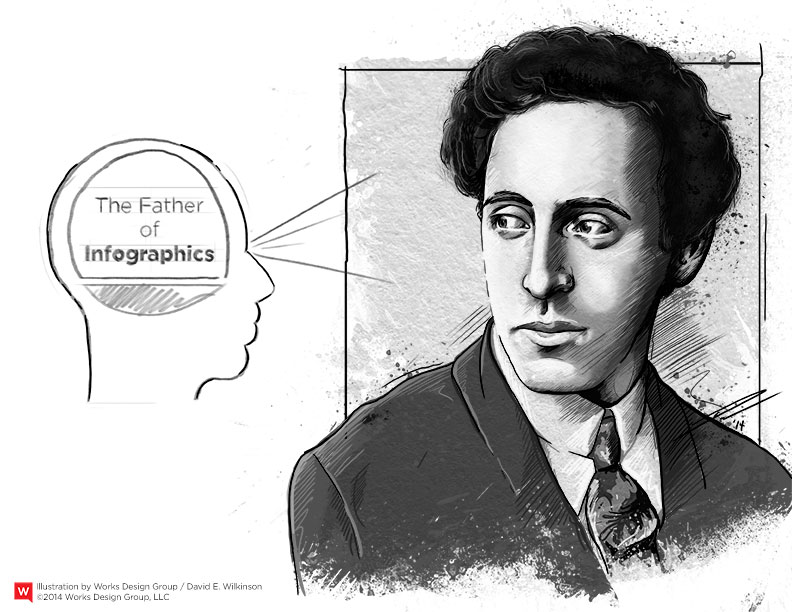 Dr. Fritz Kahn (1888-1968) is widely credited as being the father of modern-day data visualization and infographic design.  Dr. Kahn was a respected doctor in Berlin and a world-famous science writer. Throughout the 1910s and 1920s, Kahn was working as a respected hospital doctor by day and a writer for a German science book club called Kosmos after-hours. This was during a time of considerable industrial and technological change, and his images are reflective of this time period.

During the chaos throughout Germany in 1933, Kahn’s books were confiscated, banned, and burned.  Fortunately, his images survived due to recreations, which had been published in plagiarized work at that time. He returned to Europe in 1956, where he lived and worked until the age of 79. 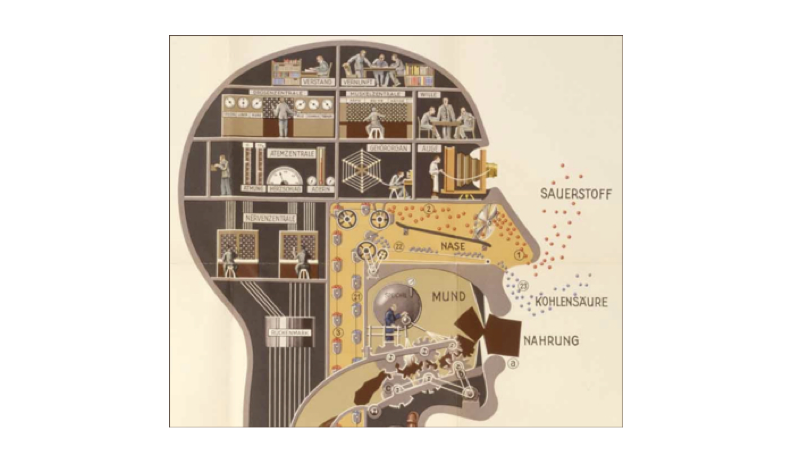 Kahn’s most popular work revolves around the “Man Machine.” One of the most complicated pieces of machinery is the human body.  Kahn worked to create clear illustrations of how the body works by designing a modern visualization of the digestive and respiratory system working as an industrial plant.

Kahn went on to write and design 10 books over his lifetime.  He had more than 1,500 graphic illustrations attributed to him, and worked closely with illustrators to visually portray the wonders of the human body. By representing the body as a piece of machinery, Kahn’s illustrations and graphics were able to find an audience with everyone from laypeople to designers to medical professionals alike.

Kahn was tasked with finding a means to present complicated scientific information as more than a confusing illustration.  Rather, he used storytelling techniques to create journeys through the human body.  His goal was to provide a clear method of visualization that made the information understandable, accessible, and inviting. He set the stage for visual representations of complicated data and his images are still widely used, covered and studied today.

Following the 125th birthday of Dr. Kahn in 2013, an enhanced issue of the sold-out monograph was created to present Kahn in more than 350 images. The first edition of the book, released in 2009, sold out in a few short years.  Created by siblings Uta and Thilo von Debschitz, most of Kahn’s original images were reproduced at a larger scale pieced together as an organized portfolio. The siblings are looking forward to presenting a large-scale touring exhibition of Kahn’s images in 2015.

The updated 2013 Fritz Kahn monograph was chosen by the TED Book Club for their final book club mailing of 2013. Over the years, Kahn’s work has been praised, forgotten, and then recovered and reimagined. His illustrations and style have stood the test of time and continue to inspire the world of data visualization today.