Creative Titans: Banksy and the Rise of Street Art 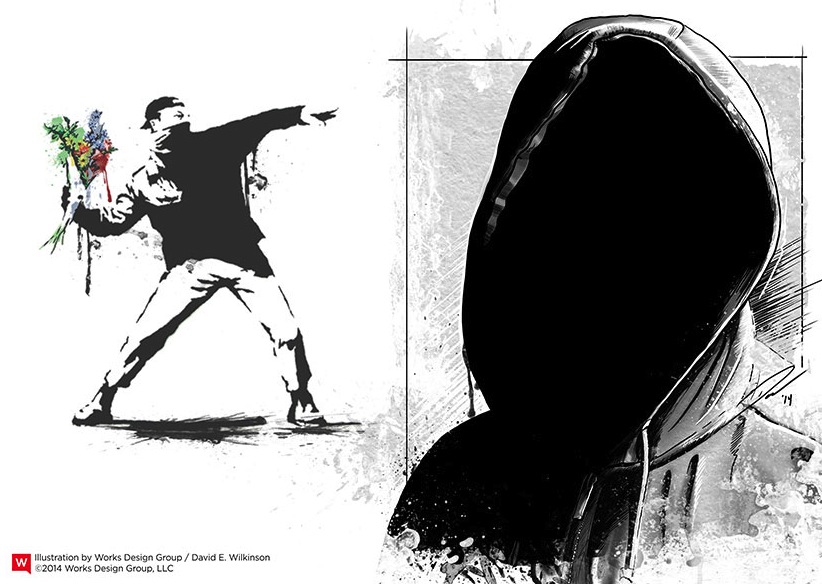 Banksy is a prominent UK-based graffiti artist who has changed the way we look at street art. His street art portrays his thoughts on politics, poverty, controversial social themes, and life in general.  While some critics have referred to his pieces as vandalism, his fans consider them artistic works of social commentary.

Banksy has remained pseudonymous over the years, despite intense popularity with the public.  In fact, he has not had a face-to-face interview since 2003. There have been rumors that the man behind the mask was revealed in 2013, but he is most commonly associated with the masked image that has defined him throughout the years.

Banksy started his career somewhere around 1990, when he began as a freehand graffiti artist. Banksy’s work can be found in exhibits, books, films, on street corners, and in publicly visible places around the world. While much of his work is free for the public to enjoy, some of his pieces have sold for more than $1 million each.

The popular 2010 documentary, “Exit Through the Gift Shop” was a film created by Banksy about the story of Thierry Guetta, also known as “Mr. Brainwash”. The film was nominated for a 2010 Oscar for Best Documentary Feature.  Banksy also created 10 street artworks around Park City and Salt Lake City around the time of the screening.

Banksy’s work tends to focus on one eye-catching color or design.  His art masterfully combines stenciling, spray paint, and fine brush painting.  Banksy has been quoted as saying, “I use whatever it takes.  Sometimes that just means drawing a moustache on a girl’s face on some billboard, sometimes that means sweating for days over an intricate drawing.  Efficiency is the key.”

Banksy released the book, “Wall and Piece”, where he better explains his craft and design strategy.  In it, he revealed his love of stencils, which can save time, reduce the overlapping of color, and allow him to finish a complete work of art in one sitting.  While he has never specified exactly how he creates his intricate stencils, many have speculated that he uses computers for some images.  Regardless of what method or materials he uses, Banksy’s work will continue to be criticized and beloved because no one else can do it quite like he can.

For a greater insight into his style and thoughts on art, Banksy has been quoted as saying “art should comfort the disturbed and disturb the comfortable.”